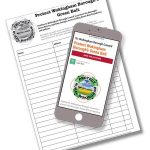 We’ve just launched our first campaign petition “Protect Wokingham Borough’s Green Belt” which is ready to sign online at CPRW Green Belt Petition – and there will be paper alternatives too (but please sign only one or the other!). It’s absolutely vital that we get 1500+ signatures from people who live, work or study in Wokingham Borough, which will generate a debate in full Council and help to defeat this proposal. Please alert friends and neighbours – for those on our email list we will also be sending an e-news announcement which is ideal to forward.

For the background to the petition please read the following by our Planning Consultant Andy Meader, Regional Director of Pegasus Group:

“This petition relates to work undertaken by the Council in connection with the potential development of the above site, lying within the Parishes of Ruscombe and Wargrave. Concern is raised with the Council’s actions for the following reasons;

It is well established in planning law that in order to justify the amendment of Green Belt boundaries to allocate future development in Local Plans, exceptional circumstances need to be proven. Such exceptional circumstances are not present within Wokingham Borough, due largely to the considerable opportunity to develop sites that are not constrained by the Green Belt designation (which only relates to 16% of the Borough).

The Council’s decision to give detailed consideration to the development of Green Belt land at Ruscombe and Wargrave, through the current Master planning exercise, therefore runs contrary to national planning guidance, relevant case law, ministerial statements and the Council’s own Green Belt Assessment.

Given the above, it is strongly questioned if the Council’s expenditure on the master planning exercise to date (relating to Ruscombe and Wargrave) can be justified.

Moving forward, the identification of land at Ruscombe and Wargrave for strategic scale development within the emerging Local Plan would be found unsound by a Local Plan Inspector, for the reasons set out above. This would be on a matter of principle, due to the Green Belt location, before any detailed impacts of the development itself are assessed.

If the emerging Local Plan is found not to be sound, this would result in considerable delays to the Local Plan timetable, meaning additional expense to the Council and other parties. It would also lead to ongoing problems for the Council in addressing their housing land supply requirements, with the associated cost implications of ‘planning by appeal’.

It is acknowledged that the Council will need to assess representations made by landowners and developers with an interest in the site. However, given the above, and in order to minimise Council time and expenditure being spent on a site that stands no likelihood of being included as an allocation in the adopted Local Plan, this petition requests that the Council do not undertake any further work on progressing proposals for strategic scale development at Ruscombe and Wargrave.”